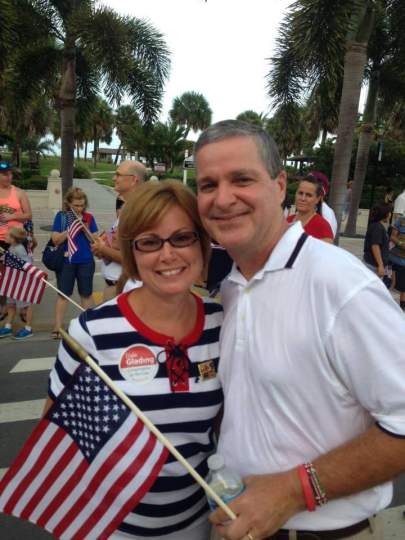 DALE GLADING IS FAITH-DRIVEN. As an ordained minister, Dale is motivated not only to share his faith, but also to minister to those in need. That is why he has spent the past 39 years caring for seniors, reaching out to prisoners, and working with at-risk youth in our community. Dale's personal faith has also led him to spearhead racial reconciliation efforts throughout Indian River County and beyond.

DALE GLADING IS FAMILY-ORIENTED. Dale and Deanna have been married for 37 years... and counting, and God has blessed them with three adult children and six precious grandchildren. Nothing is more important to Dale than providing a better life and a better world for his family - and yours.

DALE GLADING IS A FREEDOM-FIGHTER. Whether it is passionately defending the lives of unborn children as past president of the Indian River County Republicans for Life, turning political correctness on its ear, or standing up for religious liberty, Dale is a fighter who doesn't know the meaning of the word "quit". And he won't stop fighting until the battle is won.